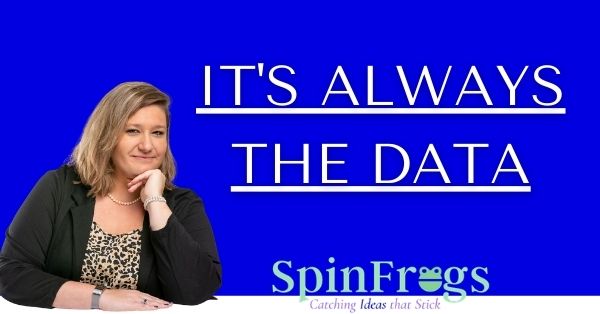 It’s normally tough to make generalizations because one business is so different from another. When you’ve done something long enough, though, certain patterns do emerge that you can reference with a fair degree of certainty.

When we’re talking about medical offices and holistic healers alike, the most frequent barriers we’ve seen boil down to two things that we’ll unpack in this post.

This isn’t to pick on or embarrass anyone. As we unpack these things, you will discover why these situations hold up marketing success to the degree that they do.

Let’s jump into the first one.

Right off the bat we’ll point out that focusing on the wrong data points also qualifies as lack of proper tracking.

One easy example of this is when ad companies boast about metrics like impressions and not conversions. Impressions only means how many people saw the ad, and even those numbers can be fudged and not necessarily an accurate picture of what’s happening.

Yes, comparing impressions against conversions or clickthrough rates can give insight for refining the ads. And it is important to note that data is only useful for THAT. It’s not useful to point at on its own and judge the success of an entire campaign.

Often agencies will focus on sharing impressions because they’re the biggest, most impressive-looking numbers they can share to dazzle their clients. This can sometimes lead to months or years of spending money on campaigns that objectively are not producing. We’re not exaggerating here.

Not tracking anything is just as dangerous, because no one in the practice has any idea what’s working and what isn’t. This can end up once again meaning throwing money at things that aren’t helping because those things seem productive or necessary. Or maybe the business owner just likes that sales rep.

Unfortunately, neither of those things are good reasons to continue investing money.

Tracking also ensures we attribute credit where it’s due. If we’re simultaneously running ads, doing Facebook lives, blogging, paying for billboards, etc. and we indeed see a surge of new business, which of those things were most responsible? The temptation is to say it isn’t broken, so don’t fix it. Just keep doing all of the things.

Time and money are often both limited resources, though. What if you discovered one of those was 2-3x as potent as the others? How would that change where you allocate time and resources?

That takes us to the second point.

An Unwillingness To Act On The Marketing Data

This bit can actually be more problematic to the business owner than the previous one.

That’s because the challenge of not having clear data can be resolved with new methods, better tools, and candid coaching. But the second part is a mind set.

When newly put in place systems allow business owners to see data that contradicts long-held beliefs, a knee-jerk reaction can be to assume the data is flawed.

It’s understandable, especially if the data being true makes you feel like you’ve been investing poorly for years on end. The ego kicks in and wants to reject this uncomfortable possibility.

But unfortunately, hanging onto these limiting beliefs means you can’t act on the marketing data.

And if you’ve paid money to a marketing consultant to gather this data, it can lead to buyer’s remorse because that additional investment feels like a bad one — because all it’s amounted to is data that isn’t moving the needle.

The flip side of this is to try to be as objective as possible when reviewing your marketing. Tell yourself you aren’t wrapped up in any particular piece of marketing you’ve been doing, and that anything that doesn’t make the cut only means running a tighter, more efficient campaign.

So What Should You Do Instead?

We have a formula for success that we know works. At the end of the day, it starts with a plan, and it follows through with a team to aid in tracking and implementation of the plan!

We are here to stop the confusion and to eliminate the “what did I pay for” frustration.

Want to dive even deeper? Let’s chat about how we can appropriately and efficiently leverage data to grow your medical practice.