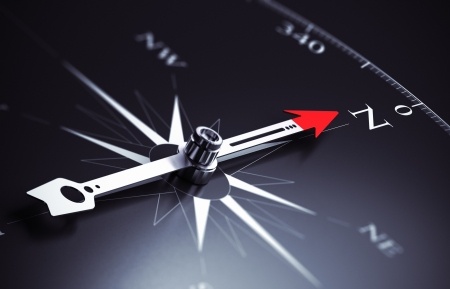 I had breakfast this morning with a business owner who in many respects is successful.  He has multiple streams of income, and is tracking the cash flow of the business.

What he is discovering is he is at capacity for his time and energy.  He is at that awkward point in business that he can’t hire the people he needs since there are not the resources in the company to support non-sales employees. So we sat down to talk about systems, accountability, and the people he currently has in place.

He was very candid about the work he was doing, who was on his team, how they were paid, and what their responsibilities are. He sees where he can add a few roles — but how to support them financially is the trouble.

All the cash flow for the business is tied up in invoicing.

This is a common problem in small business. In this particular case he only gets paid when the sales reps collect the payment or when he himself collects the payments in person.

I’m sure you can see where that would be counterproductive. He is taking what little time he has to chase people down for payments they know they need to make in order to receive the services his company is providing.

Logically, I suggested an auto invoicing tool that would allow said clients to pay electronically into a secured connection point so he wouldn’t have to spend the time chasing the cash each month. Plus it is easier for the clients to be able to pay when they get the invoice instead of waiting for someone to come by and get the payment.

To my surprise I was met with some resistance to the invoice automation idea. As I stated above he knows he can’t hire people and he is at capacity… Thinking automation is the only other option, I wasn’t expecting what came next.

First he says only 50% of his clients even have e-mail so an automation system wouldn’t work (what about the other 50%?). To this point I suggested he could keep doing what he is doing now for this 50% as that is still 50% of the present work load. It isn’t a solution, but it is at least a release valve.

This reasoning quickly shifted into “I have tried that before and it didn’t work because the personal touch went away and my clients felt like a number. They expect the high touch relationship that I offer.”

To this point, from personal experience, a bill collector is not a relationship manager and these are 2 positions. Business owners think can be 1 but they really become convoluted.  You won’t be surprised when I tell you he disagreed with me. In his 25+ years in the industry he has been able to have a relationship and collect the check. So he expects the same from his sales team because of the most dangerous logic there is in business: “That’s how it has always been done.”

Frankly, maybe you did it wrong before, or maybe the timing was off. Neither of which is proof that it wouldn’t work now with better timing and a better approach.

Two thought patterns that will get you trapped in business

Tradition is great in family and culture to help new generations stay connected to the history of the family while creating some of their own. Tradition is not great in business. Tradition in business is a black hole of rinse and repeat till there is nothing left to rinse.

If we did business today the way business has always been done as a society, there would be no business.

As a business owner we have to identify shifts and trends within our market space and within our society that can have positive or negative impact on our business. By ignoring those external factors we essentially say we are ready to close because we are unwilling to make the shift.

This shift relates to the one we are experiencing this very century with the one coming of technology… you know computers… cell phones…. this new-fangled social media gizmo… the companies that didn’t shift to this trend don’t exist.

I think I talked about this very shift topic in the “What’s the big deal with Going Paperless” article, so be sure to check it out.

I have a story for you about an elephant in India. The elephant as a baby was tied with a thick rope to a stake in the ground about 8″-12″. As a baby the elephant tried and tried to break free for weeks. The baby realized that the rope is too strong and the steak is to deep to break free, and eventually gave up trying to struggle against it. The elephant grew, but the stake and the rope (other than accommodating the elephant’s growth) remained unchanged. As an adult the elephant he has 19 thousand pounds of force approximately, behind the swing of his leg. With that amount of force surly he could break free now… but it didn’t work before, so he never tries again.

The moral of the story: don’t be like the elephant and stop trying in business. When we stop trying we stop moving and that means we are slowly beginning to die. We would surprise ourselves if some times we just try again later that idea, we may actually get a different result because we are stronger, smarter, and implemented it differently.

Do you need help not being like the elephant?

Call me today we can have coffee and talk about what you have tried and why it didn’t work — then talk about how we can get it to work this time!