What Branding Does Apple Use? 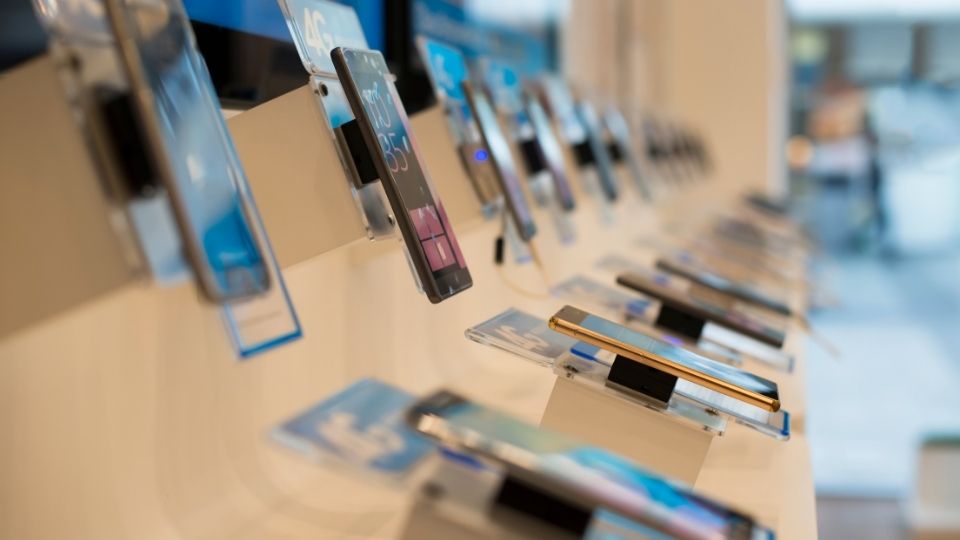 According to search data, this is a big question that is asked frequently.

We’ll start with a simple answer, and then dig into some greater detail you should understand how to view branding in the right context as far as this question is concerned.

Think of how most people perceive Apple when the name comes up. Among other things, the name represents a high-class, creative, and fairly exclusive line of products.

You’re an Apple user or you’re not, and if you’re not you use “the other stuff”. That’s the essence of their brand.

Apple has achieved that not simply through the phrasing of their ads and marketing for specific products, but in the way they’ve created a consistent ecosystem between all their devices.

If you own an iPhone, iPad, and Macbook all of these devices can talk to each other, sync data and messages, and make it easy to switch between them fairly seamlessly. Apple wants you to use all of their proprietary tools, such as iCloud, iTunes, Apple Card, etc.

If you’re ok with that, it means a great self-contained set of features and apps.

There’s often been less potential customization options on Apple devices compared to other platforms, but that’s by design. What Apple is largely selling, beneath the surface, is being a part of a culture.

Apple users tend to be pretty proud of the devices they use, and that means a lot of brand loyalty.

When new phones come out, the typical Apple user is only looking at the new iPhone and whether it’s worth upgrading from their current iPhone. They’re not comparing against Android platform phones like Samsung, LG, or even BlackBerry. Or if they are it’s out of curiosity and not because they’re seriously considering those phones as their next purchase.

In order to create a consistent experience that constantly reinforces the polished feel the name represents, Apple needs to be able to have a degree of control over that experience.

This is the reason Apple only allow webkit-based browsers on its platform.

Browsers like Firefox that are not built on webkit for their Android and Windows versions are therefore required to make a secondary version of the browser, based on webkit, to be allowed in Apple’s app store.

By enforcing a consistent rendering model on all browsers an Apple device can run, it’s easier to ensure a certain browsing experience.

These days you can now set your own default apps, like browsers. But in years past it was defaulted to Safari. You could have other browsers installed, but you had to launch them manually, and clicking links from other places would always want to open in Safari.

For a long time iTunes was required to sync files on your iPod and iPhone, and it was the standard music app.

Those are examples of where Apple’s aim for control of the experience came at the expense of customization.

The upside of doing that is a stable operating system and generally very stable software, since it’s easier for programmers to avoid bugs when they know exactly which apps and hardware people will be using.

(Compare that to Windows machines where any given computer could have a huge number of variations in processors, graphics cards, hard drives, etc. It’s comparatively harder to write software that works well across so many variables.)

The Core Values of Apple’s Brand

These are the essence of any brand. When we ask about what brand a company uses or represents, what we’re really asking about are the core values the company embodies and focuses on.

In Apple’s case, their core values seem to be quality, exclusivity, and simplicity.

In addition to the points we made above, also consider the construction of their products. From the iPhone to the Macbook Pro, the shell is made of aluminum and the screens tend to be among the highest quality with sharp detail and vibrant colors. On Macbooks, the keys light up, too and have excellent tactile response.

They design their products to be easy to use, and include slogans like, “It just works.” Or even, “It’s magical,” as Steve Jobs occasionally said.

Where other manufacturers like HP might make a premium model laptop as well as a lower-tier model to be accessible to those only looking to spend a few hundred dollars, there is no “cheap” version of a Macbook Pro.

You can afford a Macbook Pro or you can’t.

Apple is not looking to pander to as many users as possible as a brand. They know who their core customers are, they speak that language, and they only make products for those people.

This is why they don’t make a Macbook-lite version that costs considerably less, because that would alter the brand and how their products are seen.

For the target customer, Apple as a brand means “easy to use” and “the best you can get”.

Not everyone agrees with that, obviously, but those perceptions are the core of Apple’s brand.

This is why having a clear brand message is important for any company.

Once you know what you want your name to represent, it’s easier to ensure you’re consistent in demonstrating those notions in your products, your website imagery and language, product launches, and even the company culture for those who work there.